The Ultra Broadband infrastructure in Ravenna’s harbour is completed

The Ultra Broadband infrastructure in Ravenna’s harbour is completed 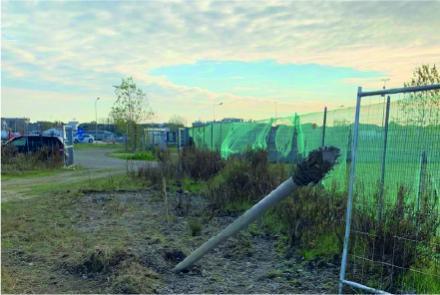 The activities concerning the agreement signed by Lepida and the Central and Northern Adriatic Sea Port Authority, in order to complete the Ultra Broadband network in Ravenna’s harbour, are now over, as foreseen by the Agenda Digitale national plan and the National Plan of Port Facilities and Logistics.

In 2005 Lepida realized, on the left side of the canal, the access network to the Ultra Broadband between the Bassette industrial district and Porto Corsini’s Cruises Terminal, where, moreover, is available to cruise passengers as a free Wi-Fi service.

The laying of the cables will allow access to EmiliaRomagnaWiFi - the free regional WiFi network, at the citizens’ disposal.

This Ravenna Portual System’s structured interconnection completes some infrastructural investments earmarked in the previous years, it allows the creation of important redundancies in the regional infrastructure at Public Institutions’ disposal and contributes to the resolution of problems regarding the digital gap.

The digitalization needs solid infrastructures, so much that they need to be a transparent commodity, in order to be able to focus on the services.

This operation makes Ravenna’s harbour lead the field of the Ultra Broadband development in Italy, it allows the optimization of existing infrastructural resources and the improvement and enforcement of telematic services at portual operators’ disposal.

The over 200 companies belonging to the Portual district will be offered to adhere to the LR14/14 and to activate connectivity contracts with favorable technical and economic conditions, allowing them to make their administrative processes more efficient and cheaper.

Among the first private companies availing themselves of these new advantages there are the Sapir complex, Terminal Nord, Lega Navale, Circolo Velico and the Yacht Club.

The new installation allowed, through the realization of an underwater structure, in the Candiano canal, near Guardiano, the physical connection between Porto Corsini and Marina di Ravenna.

The DN200 PN25 PE100 conduit has been laid at a depth of 45 meters and for a length of about 400 meters, through the technique of the horizontal drilling, controlled by a MGS (Magnetic Guidance System), a device that permits to check the geographical sites of passage three-dimensionally.

The perforation of the grounds has been brought on through a Midi-rig implant, with a shear force of about 50 Ton, torques not inferior to 1.600 kgm and high-pressure fluid pumps (about 700 lit/min).

This allowed the completion of a physical optical fibre ring, linking Marina di Ravenna’s area to Porto Corsini, producing indubitable advantages for the neighbouring production activities, which are characterised by an high attractive appeal, typical of the coastal zone.