Fascicolo Sanitario Elettronico: first Italian Region for implementation and use

Fascicolo Sanitario Elettronico: first Italian Region for implementation and use 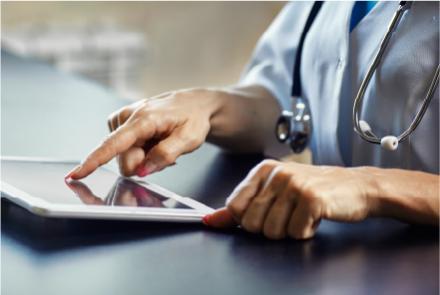 The Fascicolo Sanitario Elettronico (FSE) is the tool which allows the citizen to keep track and look up its own health history, sharing it with healthcare workers.

During the pandemic it has been apparent how central was its role, since FSE is active for all the citizens who have chosen their general practitioner or paediatrician, and it is also consultable by delegated people. FES’s importance, among the several e-Health tools, was also highlighted in the National Recovery and Resilience Plan (PNRR), which sets the main goal of “decisively accelerating and improving the harmonisation and the spread of the FSE”, in order to guarantee full accessibility, from each region, both on patients and medical employees’ behalf.

In the Region Emilia-Romagna, the FSE has reached an advanced stage of completion, which allows the Region’s citizens the possibility of performing several tasks with nothing but their mobiles. In the last few weeks Lepida completed the configurations needed for the users to book the fourth anti-Covid vaccine dose for the elderly.

Region Emilia-Romagna resulted to be the first region in Italy for the use of the FSE, according to the result of a survey conducted by the Healthcare, Technological Innovation and Digital Transition Ministry. In 2021 it was uploaded to the FSE the 91,6% of the documents related to patients’ clinical histories, their health conditions, E. R. reports and other data which might turn out to be useful to the patients and the medical personnel. Emilia-Romagna has the highest percentage in the Country, even higher than Lombardy (78,2%). In the Region there are currently 4.371.185 active FSE accounts and, during the last year, almost 83 millions log-ins have been recorded, on over 2 million of citizens’ behalf, who consulted the FSE. In 2021, also, over 1,8 millions operations, such as medical examinations bookings or appointments cancellations, have been completed through the App.