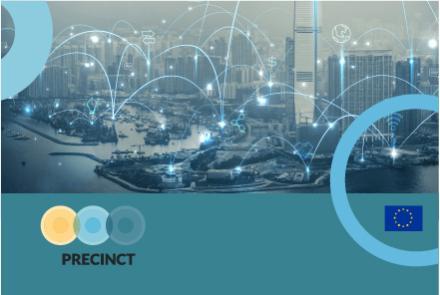 The first design “sprint” of the Bologna Living Lab (LL4), which is part of the European project PRECINCT, is close to its end.

The Project, which aims to increase the resilience of critical infrastructures, is raising the awareness of the interconnection which exists among the several networks that cross each other in Bologna’s node.

The group involved in the definition of the fundamental requirements for the development Digital Twin (DT) of the service networks, followed an Agile approach, in order to prioritize the needs to be satisfied in case of emergency. Apparently different spheres of influence (Bologna’s MAN, ERretre network, Bologna’s Airport, the train station and network, the vehicular traffic and public transport networks) are highlighting the importance of a shared tool, to gather and merge all the information each party might need in situations which, since the interrelation of the emergency events, might cause degradation in the supply of services even beyond the concerned areas, for long periods of time. The definition of a shared dashboard, with the information provided by each partner, was an important first result of the project which, during the next months, will focus on the integration of the several kinds of information, and on the identification of the tools which would allow DT users to prepare and intervene in the most coordinate and efficient way in an emergency scenario.