An agreement with the Order of Engineers of Bologna

An agreement with the Order of Engineers of Bologna 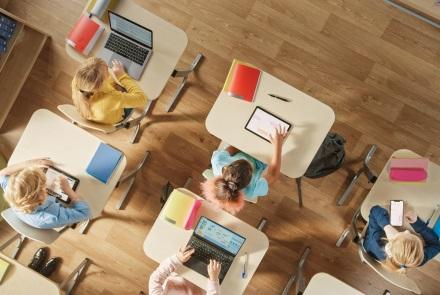 Building fully connected schools throughout the region is the vision of the SchoolNet project, which has been taking shape in Emilia-Romagna for 7 years. A vision that is enriched with an additional element. In the context of the neutrality that has characterized it from its origins, the protocol recently signed by Lepida with the Order of Engineers of Bologna opens the way to a new opportunity to increase the capabilities of users.

The Order of Engineers of the Province of Bologna (hereinafter Order) is a territorial public body. The protocol regulates for Lepida and the Order the actions, the mutual relations and the respective modalities that the subjects involved have a common interest in putting in place, in order to offer the regional school system a support to the path of digitalization of school activities, coherent with the current technological scenario, with the offer of connectivity available in school buildings and with the updating to the best possible level of services available. The scope of the Protocol is focused on the configuration activities of the school's border equipment, on the design of the Institute, School and Building network, on the configuration of services, on the definition of perimeter security policies; on the design and configuration of services that, in turn, depend on Lepida's services. It is common belief that the protocol shall also include more general elements such as the sharing and exchange of best practices, an important factor for all the identified activities.

The Order of Bologna is committed to setting up a Working Group of regional Orders, in order to spread and coordinate, on the territory, both the methods of agreement and the experiences and skills developed. Lepida will support this initiative by providing periodical training courses dedicated to the network and to the opportunities in terms of further services, in order to stimulate an ever increasing digital integration of the school environment.